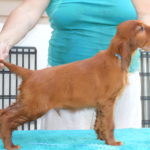 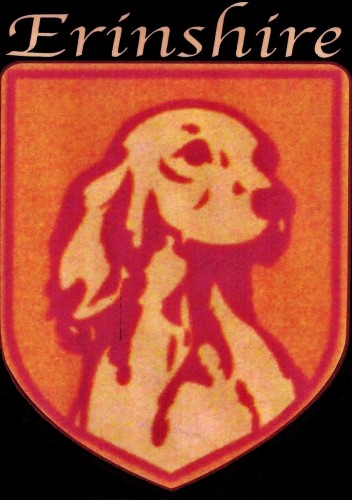 Our breeding program started in 2007 with the purchase of 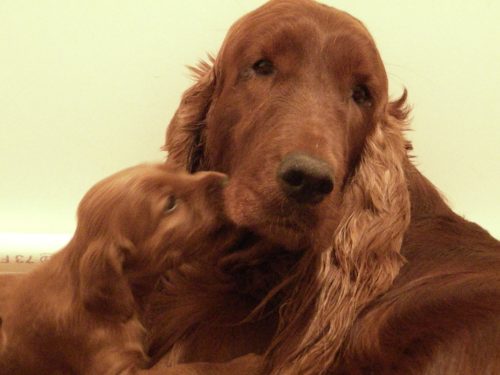 This is Erin from Orchard Farm in Ontario Canada

Erin was from a litter of puppies at Orchard Farm near Windsor,  Ontario and the kennel began breeding Irish Setters around 1938.  Mary Klink was a second generation breeder and sadly she past about 6 months after Erin came to Erinshire Irish Setters.  Erin was from her last litter and was already named Erin when I purchased her. 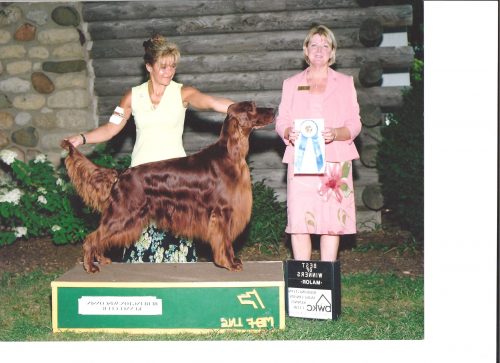 Our foundation sire Reagan CH. Piperbrook’s Forever A Star  was sired by Am. Can. CH. Waterford Show Off,,  who won  Best of Breed at the 2004 Irish Setter Club of America National Specialty.  His breeding goes back to the Tealwood Irish Setters, that I admired  back in the  1970’s., a very traditional looking sporting dog, that was my goal in breeding.

The Forever litter was whelped on Easter Sunday, April 4, 2010.  There were 6 males and 6 females born over 12 hours…..it was a dozen Irish Setters to love.  All puppies were sold to pet homes, and it was difficult to chose but we did….. 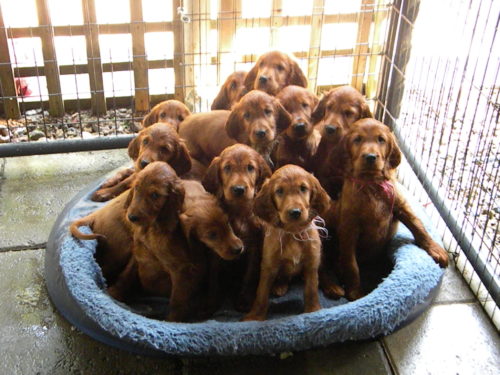 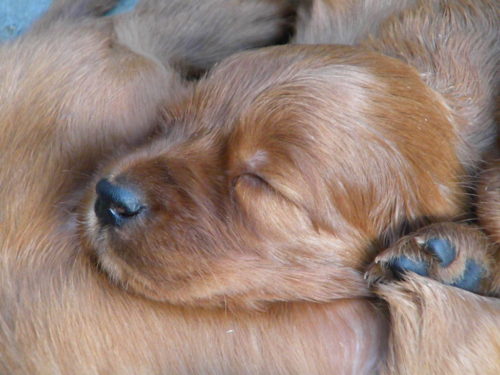 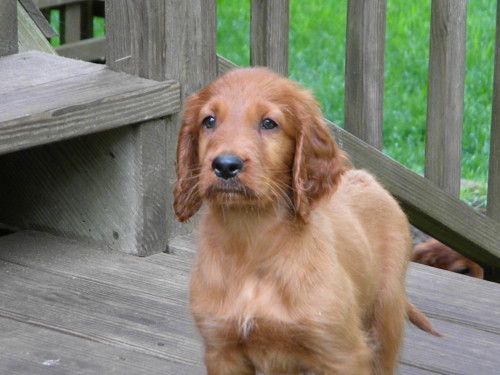 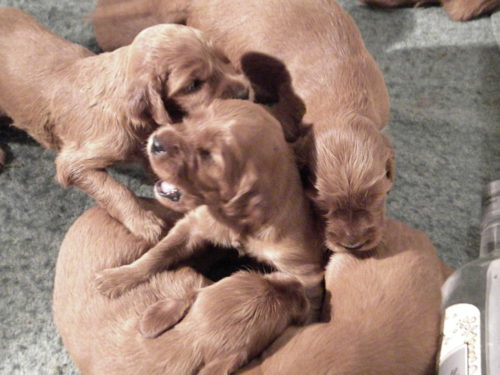 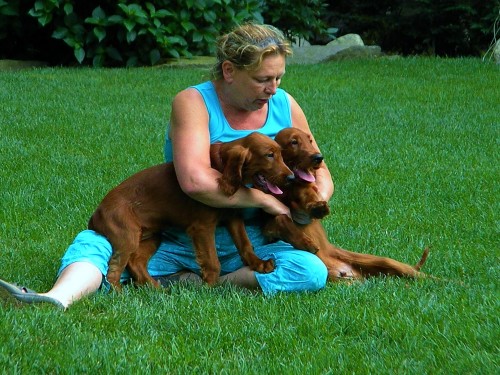 Scarlett and Eliott with Brenda at Rhode Island house 2010 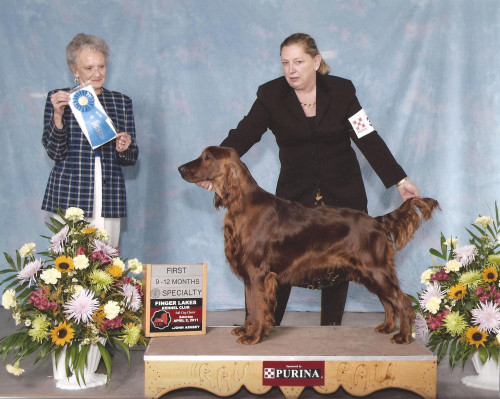 Eliott started showing in the 9 to 12 months and loved going to shows. 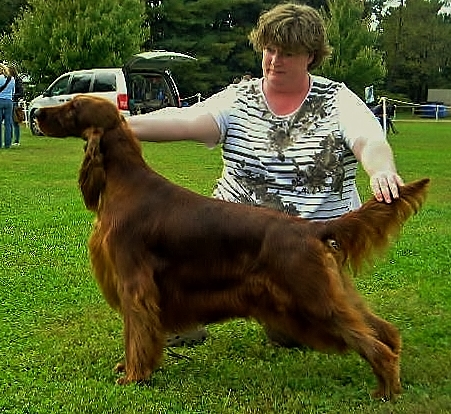 Scarlett was determined to show for anyone but Brenda!  In 2013, She was  off to Ohio to Eileen Hackett, a professional handler, to finish her AKC championship, which she did in record time, and she returned for a few more shows ( with Jill Taylor above pix) and was eventually bred to BIS, BISS Am. Can., CH Captiva’s Turning Heads, the amazing “Robert”.

They produced a litter of 8 puppies, 3 females and 5 males were whelped on May 26th (Memorial Day) 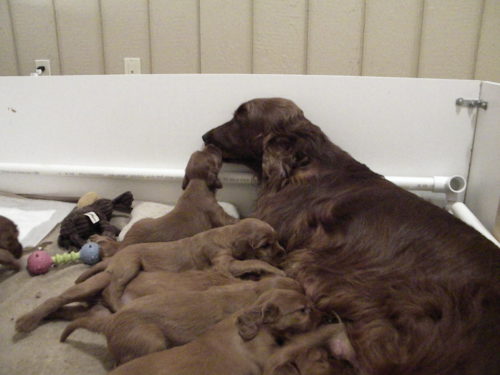 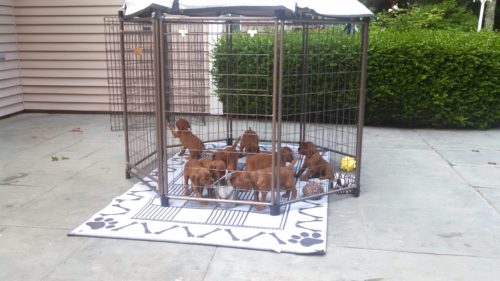 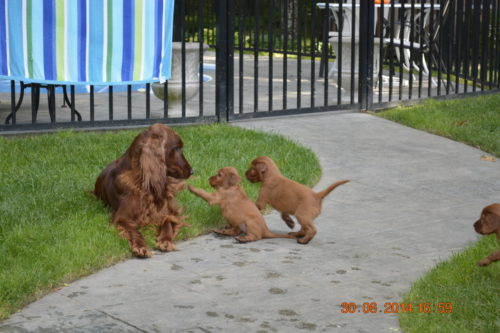 We kept a male and a female from the Always Litter 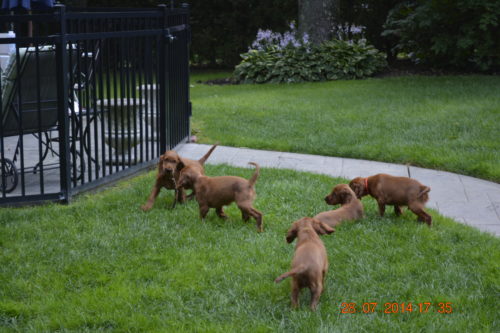 In the summer we spend most of the summer in Rhode Island so at 6 weeks the Always litter was moved to that house & kennel facility. 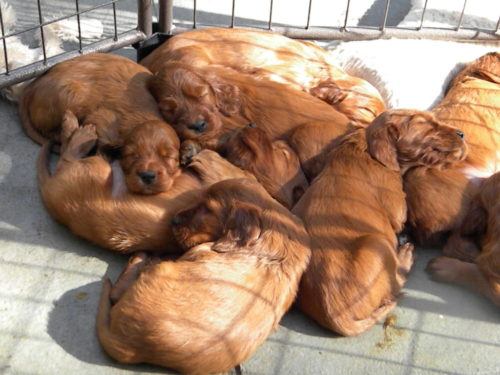 At 6 weeks this is Connor  …. Erinshire’s Always The Proud and the Brave At 6 weeks this is Catie…..Erinshire’s Always and Forever

Eliott and Scarlett in the background with Catie and Connor in the Jeep Commander, the “dog’s truck”.

Catie was a puppy from Scarlet and Robert  ….the Always Litter  was bred to our Eliott and a single puppy in 2017 the “One” litter …..Shannon Lauren 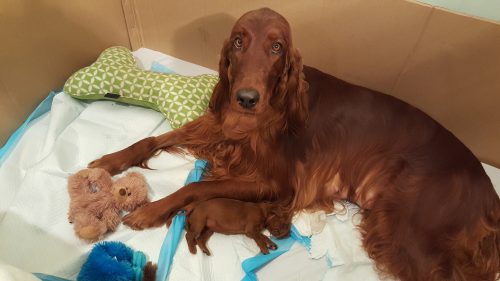 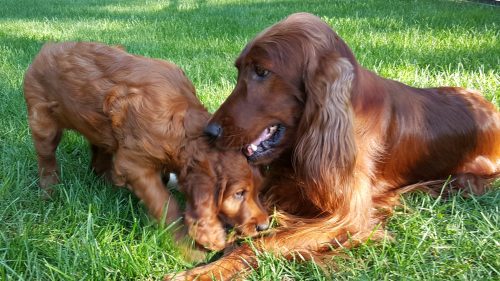 Shannon Lauren with her mom Catie at 6 weeks…….we kept Shannon for our breeding program 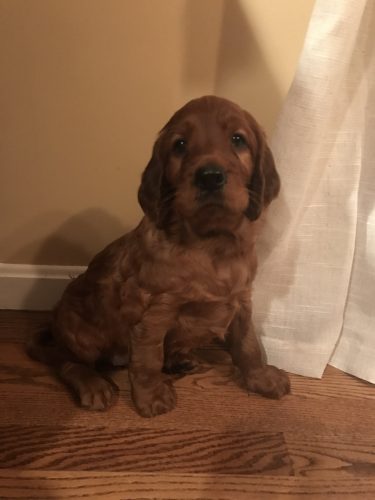 Shannon Lauren ……Erinshire’s The One and The Only 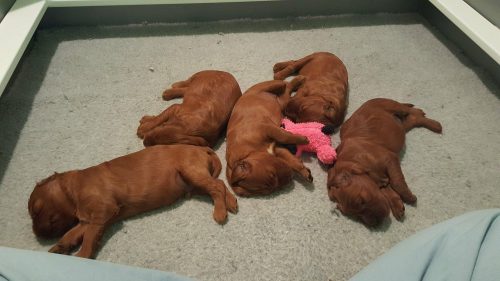 The Magic Litter ….3 females and 2 males 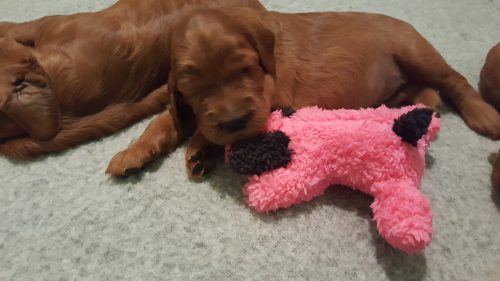 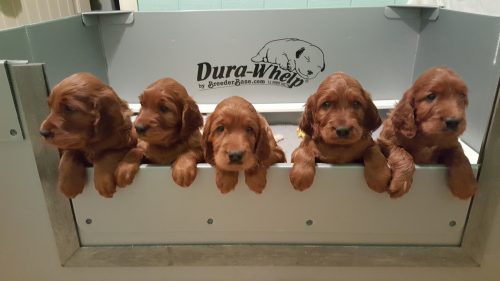 A male, a female, female center, a male, and a female. 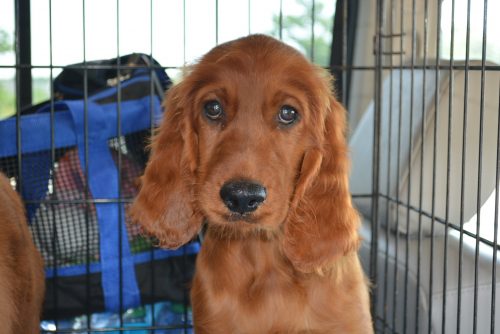 Connor and Shannon were bred in February 2020 and produced a litter of 8 puppies, 3 males and 5 females 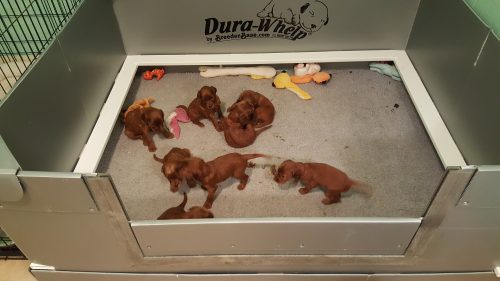 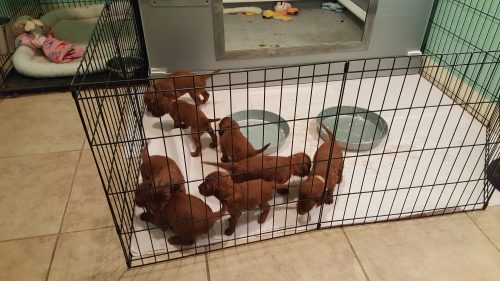 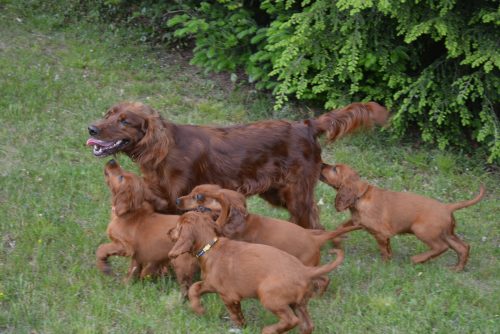 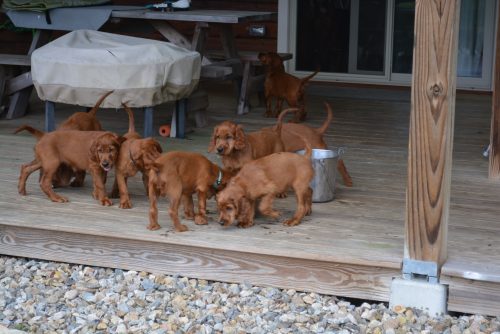 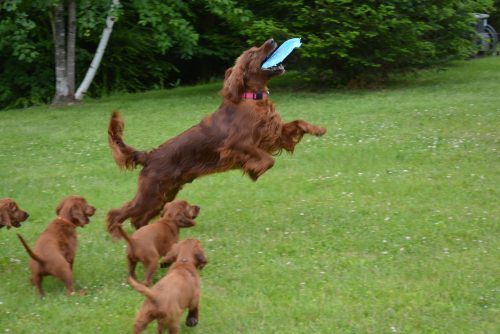 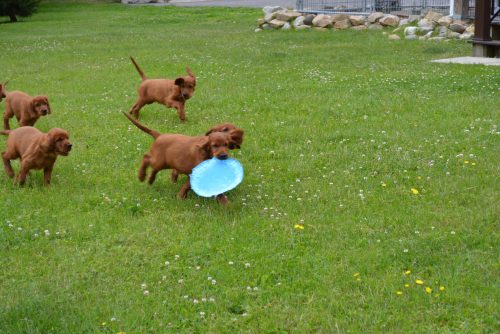